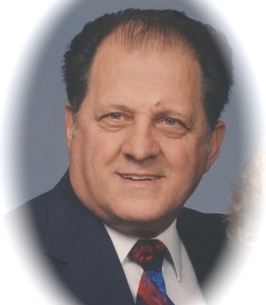 Born June 16, 1929 in Philadelphia, Pennsylvania to the late Annita (nee D'Amico) and Marco D'Ermenegildo, where he spent his early years. Together with his family, he moved to Akron as a young adult when his father became employed at the Quaker Oat Factory.

Eventually, he met his true love, the late Nora (née Ruhmanseder) on Christmas Eve at midnight mass. Upon returning to Akron after the Korean War, where he served as an infantryman and combat medic with the 23rd Regiment, 2nd Infantry Division, he married Nora. Together they began their simple lives.

Abe worked tirelessly for his family including working for the City of Akron. In 1961, they opened A Gild Pizza shop at the corner of South and Brown Streets. Naming it not for himself but to secure a top billing in the phone book under “Pizza Shops”. Working alongside his partner and brother-in-law, Hubert “Bud” Livers, the shop flourished! This small pizza shop gave life to many dreams that would later unfold for the family; as well as a great first job for their children, grandchildren, nieces, and nephews. In addition to his work, he was a proud soldier in the Ohio National Guard serving as a Mess Sergeant from 1982-1990.

Abe lived in the greater Akron area with Nora and their three children, eventually moving to a old farmhouse on a 53 acre farm in Mogadore. This farm provided more than shelter to Abe, it was a place for him to plant his epic gardens, full of peppers, tomatoes, zucchinis, basil, fig trees, and more. A true “green thumb” he had a natural talent to plant anything and watch it flourish. The farm also gave him a place to breed tropical fish, raise chickens, ride his tractors, putter around building various projects, provide homes for homeless and stray animals, rest and relax, but most importantly a place to host family and friends.

His extroverted nature often led to lengthy “hellos” or “goodbyes” as he shared his time. Generous to a fault, he always felt the need to stick “just a couple bucks” in the pockets of his grandchildren, or that of his nieces or nephews. He helped everyone he could, as much as he could.

Abe got up daily to attend Mass at Immaculate Heart of Mary Chapel before stopping at Farmer Boy for a cup of coffee and then heading to his pizza shop to work. To the waitresses and staff at Farmer Boy, a heartfelt thank you. He enjoyed your company, jokes, and conversation. To his customers, new and old alike, thank you for patronage and friendship over the years. For over 60 years, you invited a slice of him into your homes, families, events, and lives. You were the real reason he was still working — he loved seeing you!

“But as it is written, ‘Eye hath not seen, nor ear heard, neither have entered into the heart of man, the things which God hath prepared for them that love Him.’”
1 Corinthians 2:9

Calling hours will be on Thursday from 6 to 8 p.m.at the Dunn-Quigley Funeral Home (811 Grant St.) PLEASE WEAR A MASK AND OBSERVE SOCIAL DISTANCING.
A Requiem High Mass will be offered on Friday, May 14 at 10:30 a.m.
at Immaculate Heart of Mary Chapel (2935 Chenoweth Rd. 44312). PROCESSION WILL FORM AT THE CHURCH.
Interment with military honors will follow at Holy Cross Cemetery.

All rights reserved. This obituary is also archived at obittree.com